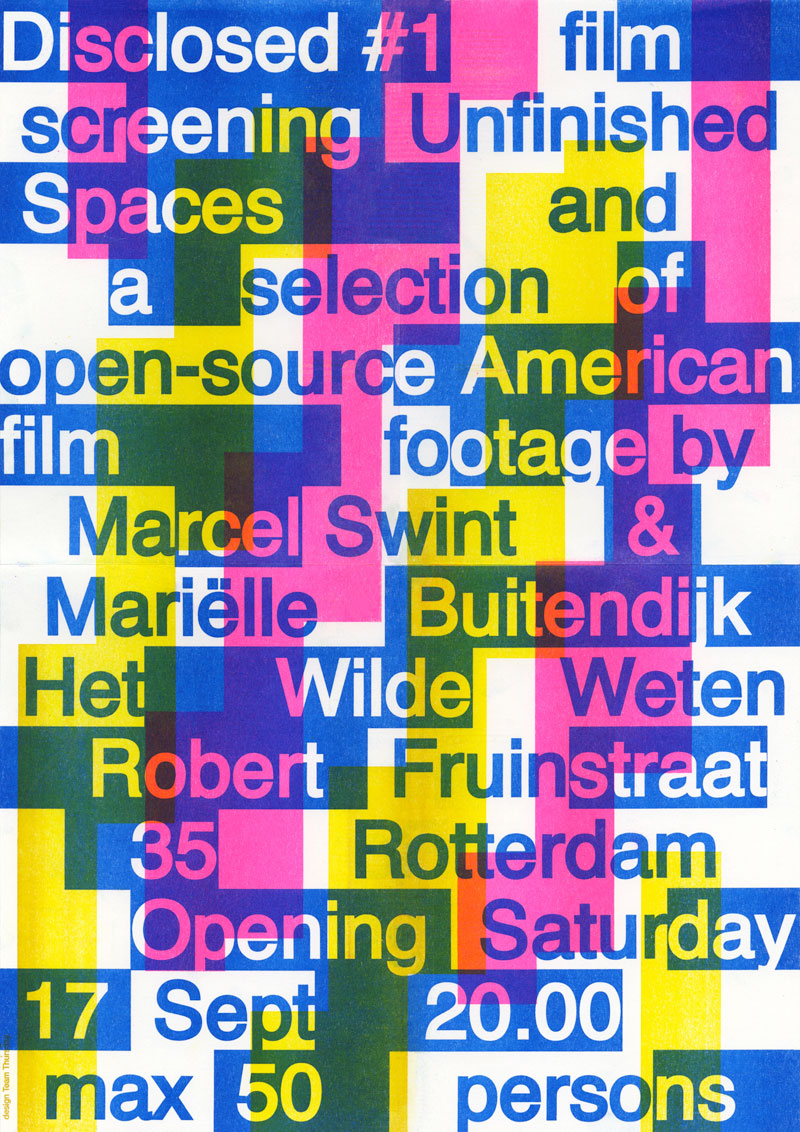 Het Wilde Weten welcomes you to the second edition of HWW Disclosed, Sat Sept 17,
20:00 hour. For the second edition Disclosed #1, Mariëlle Buitendijk and Marcel Swint will show a selection of film footage on American art from the early sixties until the seventies of the 20th century, preceded by “Unfinished Spaces”, a film about the art schools of Havana, Cuba.

“Cuba will count as having the most beautiful academy of arts in the world.” —Fidel Castro (1961)

Het Wilde Weten has the right to show the film to a maximum of 50 people.

HWW disclosed is a new public program initiated by Het Wilde Weten that commenced this summer and will run the upcoming two years. Het Wilde Weten consists of sixteen artist that have a studio in the former nunnery at the Robert Fruinstraat. Every six weeks one of the members will host a public event that derives directly from their artistic practice. This will result in a lively series of talks, exhibitions, screenings, performances and more, disclosing the energy and pluriformity of the collective and creating public moments to meet and interact.

Special thanks goes to Team Thursday, Bullfrog Films and Alysa Nahmias.
This program is kindly supported by the Mondriaan fund