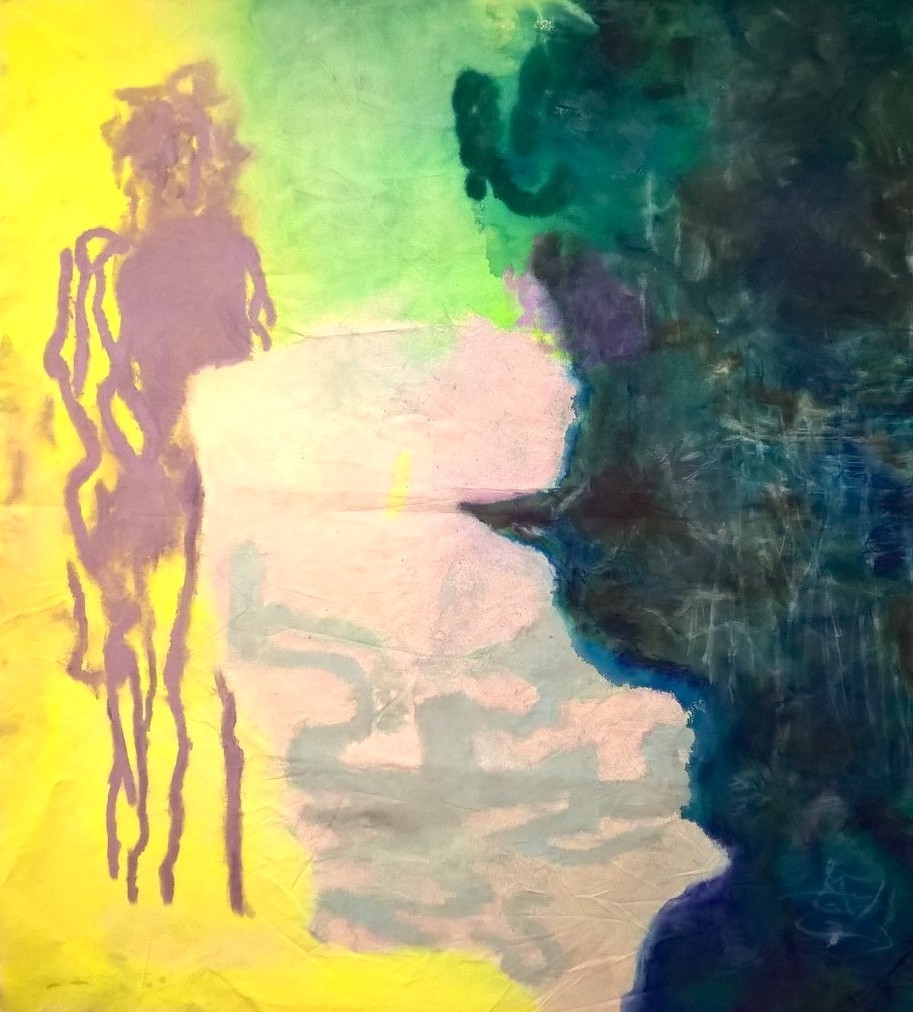 “The seven paintings I made in Rotterdam are like walking the Nieuwe Binnenweg, from Albert Heijn, stop in by smooky Out of time, than to somber Delfshaven, still awareness mighty harbor few steps from you. Absorbed inspiration from city and its diversity, dissimilarity but at same moment, great interplay.”

For the last two months Het Wilde Weten has been host to artist Viktorie Langer as part of our exchange with Futura in Prague and with the support of the Tsjechisch Centrum, Rotterdam.
Please join us Saturday 27th of January for a chance to see the new work she has made while in Rotterdam.

Viktorie Langer (born in 1988, Czech Republic) is primarily a painter, while also working in the media of collage, drawing, textiles and ceramics. Her striking large-sized canvases are clearly inspired by early 20th century art, rather than current trends. Yet the almost abstract work of Langer uses a very contemporary language and has a well-established signature style. The artist has introduced her work primarily in the context of the Czech independent art scene, however, she has also exhibited her work at the National Gallery in Prague, Prague Biennale 6 and at the Sør-Troms Museum in Trastad, Norway. She was finalist of Jindřich Chalupecký award 2017 and is represented by Zahorian & Van Espen Gallery.

The residency is kindly supported by Futura in Prague and the Tsjechisch Centrum, Rotterdam.

(The speaker addresses himself)

Lighten up, you bitch, stop being so bitter.
You lobbied for night. It falls. Right here.
The air, a haziness, wimples the town.
Peace for some, for the others the jitters.

With cranked-up hope, the plodding herd, most of us,
sapped silly by desire, that ruthlessness,
we bend in the traces and ask mortgage on remorse.
Dear, dear, glum thing, let’s hold hands. Come ‘ere.

Let’s get away. Look up. There the gone years slouch
in second-hand robes on the balcony of the sky—
over the abyss Regret breaks water, smirking.

The dead sun’s gonna pass out under the bridge.
And like a mummy’s long bandage, off to the west,
listen, sweets, listen, the double-soft dark is coming on.